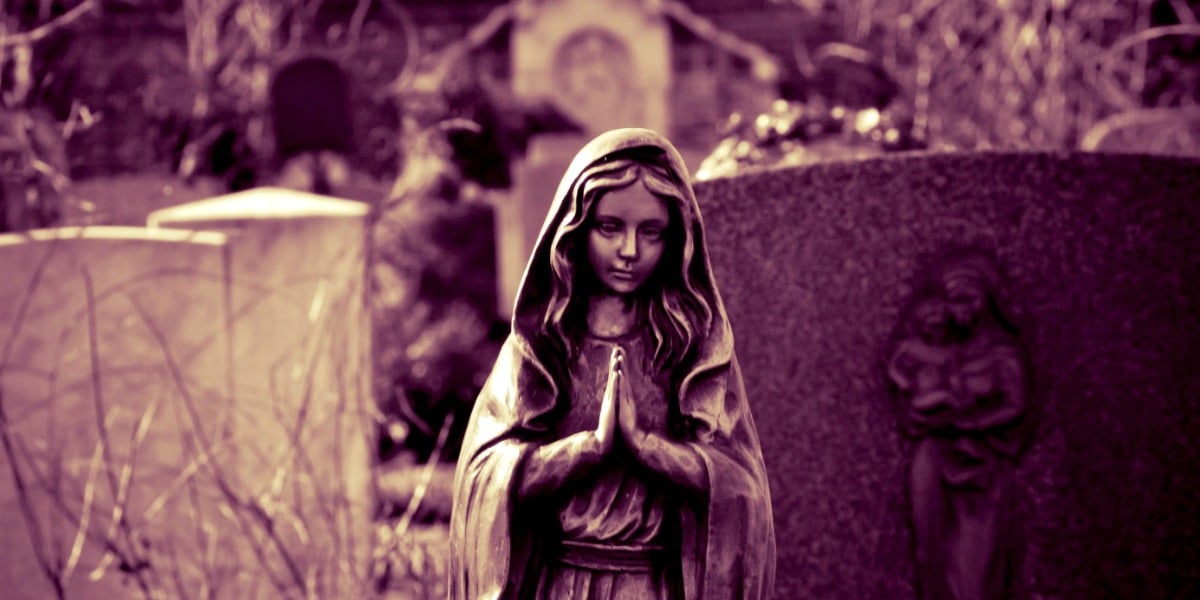 Let me share a scenario with you. The cockiest, proudest high school golfer on earth is terrorizing the world of high school golf. He is very good at golf and thrives on making other golfers mess up while playing, causing them to feel skeptical about their own abilities. One day, the high school golfer had the opportunity to play a round with the number one golfer in the world, Jordan Spieth. Now, Jordan absolutely demolishes this kid, but this doesn’t really hurt his pride. I mean, this is Jordan Spieth; you can’t be upset about losing to the the best golfer out there. A couple of weeks later, Jordan Spieth’s mother wants to play the high school golfer. It seems like this woman has never played before, so the high schooler decides to play her, thinking this will be an easy win. He loses horribly once again, but this time his confidence is shot. He plays her a few more times, and each time loses worse than the last. As a result of seeing this mother humiliating the once-proud golfer, the others regained their confidence. Now, it is easier for the other golfers to pursue their dreams of becoming professionals.

In some ways, this analogy is what it is like when we invite Mary into our prayer lives. When we ask for her prayers, Mary is constantly interceding for us, bringing our prayers to the feet of Jesus. Even though Jordan Spieth is the greatest golfer in the world, and that title commands respect, he would never be where he is today without the help of his mother. He would not be the great man he is without his mom taking him to practice day after day. Jesus has a special love for His mother and her will; after all, His first miracle was at her request. Jesus obeys His mother in every aspect, not only because disobeying your parents is sinful, but because like any of us, He has a special love for the woman who gave birth to and raised Him.

Now, the other side of the analogy is about Mary’s battle against Satan. When Satan is trying to trip us up with sin, his pride isn’t damaged very much when he is beaten down by Christ. He knows Jesus is the most powerful force in Heaven and on earth. But imagine what it is like for Satan when we turn away from sin because of His lowly handmaiden mother. Monsignor Leon Cristiani says it beautifully when he states:

“The Devil fears the Virgin Mary more, not only than men and angels but, in a certain sense, than God himself. It is not that the wrath, the power and the hatred of God are not infinitely greater than those of the Blessed Virgin, since Mary’s perfections are limited: it is because, in the first place, Satan, being proud, suffers infinitely more from being overcome and punished by the little, humble servant of God, her humility humiliating him more than the divine power; and secondly, because God has given Mary such great power over devils that, as they have often been obliged to admit, in spite of themselves, through the mouths of possessed persons, they are more afraid of one of her sighs of grief over some poor soul, than of the prayers of the saints, and more daunted by a single threat from her than by all their other torments”

We see the immense power of Mary even in the earliest pages of the Bible. In Genesis 3, Eve tells God that the snake has tricked her into eating the apple, and God responds to the snake by saying, “…cursed are you among all the animals, tame or wild; on your belly you shall crawl and dust you shall eat all the days of your life. I will put enmity between you and the woman, and between your offspring and hers; they will strike at your head while you strike at their heel” (13-15 NABRE). This part of the story is also referred to as the protoevangelium. Technically it is the first time the gospel is proclaimed due to the foreshadowing of the battle between Jesus, the woman’s offspring, and the devil. God is basically saying that throughout time, serpent like creatures, or puppets of the devil, may rise up, but they will have their heads crushed at the feet of a woman.

Countless times throughout the Old Testament we see serpent-like creatures rise up and try to steal power from Israel; ultimately, their heads are crushed by women. For example, Jael, wife of Heber, took a mallet to the head of Sisera, a general who wanted to overthrow Israel, while he had fled the region and was sleeping in a tent (Judges 4:21). Also, an unnamed woman cast a stone and cracked the skull of Abimelech, another puppet of the devil who wanted to overthrow Israel. Abimelech even called out to one of his soldiers before passing away, asking his soldier to put him to death so he wouldn’t die at the hands of a woman (Judges 9:53-54).

Satan Hates Mary Because She Replaced Him in Heaven

However, the greatest woman of all is the one whom we see depicted as standing on the head of a serpent and crowned with 12 stars. Since Lucifer was cast out of Heaven, in some ways Mary could even be seen as his replacement in God’s Kingdom. What are some of the defining qualities that come to mind when you think of Satan? Perhaps pride, envy, rebellious, tempting, power-hungry– all are suitable answers. But what comes to mind when you think of the Blessed Mother? Purity, humility, humbleness, submissive to the will of God. All of these qualities are qualities I desire to attain as a man, a student, a future husband, and a servant of God.

Mary Will Help You Fight Temptations

We have covered why the devil hates Mary so much and why women throughout the Bible crush the head of the Serpent, but why exactly should we bring Mary into our own lives? Yeah she is awesome, but why do we have to ask for her to pray for us, rather than just praying to Jesus Himself? Well in case you didn’t know before, Satan hates you. You were made in the image and likeness of God, and Satan will always want to destroy what God so loves. As I said earlier, Satan knows he has lost the war to God. He knows God is way more powerful than him. But God is not interested in using Himself, or even a powerful leader to humiliate Satan and his attempts. Instead, He chooses women to carry out this important duty time and time again. If you want to humiliate Satan and his attempts to push you towards sin and destruction, ask the assistance of the humble handmaiden of the Lord, for she is Satan’s demise. Just as God uses women to crush the heads of serpents in Sacred Scripture, so too can you ask for help from a woman to crush the serpents in your life.

Mary Knows Jesus Better Than Anyone

One of the most compelling reasons of all to bring Mary deeper into our lives is not only because of the power she has against Satan, but because of her relationship with her son, Christ Jesus. While knowing your enemy is important, it is even more important to run away from sin and towards the open arms of Christ. Just as no one knows you like your mother, nobody quite knows Christ like His mother knows Him. Mary has a special outlook on the life of Jesus. She has an unconditional, unwavering love in the face of any obstacle, even death on a cross. That is the perspective I want to have of Jesus. I want to look at Jesus and love Him like His mother does.

Now do not get me wrong, I am not telling you to worship the Blessed Mother instead of Jesus. Rather, incorporate her into your prayer life by asking for her intercession to the Father, and she will help you defeat the temptations of Satan. Any mom here on Earth will tell you that she wants her children to be all that they were created to be. Mary, as our Blessed Mother, wants the same for each and every one of us. The Virgin Mary is a mother that constantly prays for her children, a mother that wants to see us thrive in the name of her Holy Son. The more we are drawn to Mary, the more we are drawn to the saving work Christ Jesus brings to this earth.