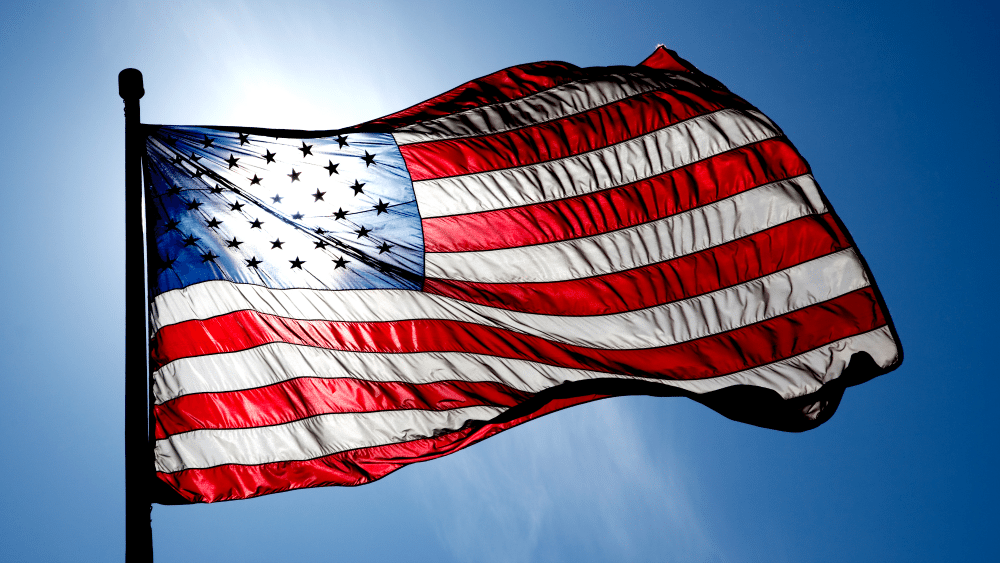 Is it possible to be both Christian and patriotic? In the United States, we run into a lot of Christians whose patriotism is so extreme that it seems almost idolatrous. Many seem to think of the United States as God’s chosen nation, occupying some special role in the salvation of the world. When I come across these people, I can’t help but think that when they say “one nation under God,” they actually mean “one god under the Nation.”

On the other extreme, I often see among my fellow Christians a growing (and understandable) skepticism about America. They recognize that they live in an increasingly secularized nation, and that their Christianity will only make them cultural outsiders. To them, patriotism seems like a dangerous compromise between God and Caesar.

As such, the concept of patriotism is actually a pretty awkward one for Christianity. Since our trust ought to be placed in God rather than America, how can we be patriotic without betraying our faith?

G. K. Chesterton, the great 20th century Catholic writer, has a solution. In his book Orthodoxy, he demands not compromise with the American status quo, but a radical reimagining of what patriotism means.

Often, people speak of patriotism in the sense of blind approval: the American patriot thinks that the United States is good, perhaps the best country in the world. Thus, all skepticism about its laws and policies must be shunned. But is this really what patriotism should be?

Patriotism in the sense of blind approval of one’s country is not only naive, but harmful. As Chesterton puts it, “A man who says that no patriot should attack [a war] until it is over is not worth answering intelligently; he is saying that no good son should warn his mother off a cliff until she has fallen over it.” 1

Unjust wars, disrespect for human life, lack of concern for the poor, threats against religious liberty: these are things that a Christian can’t simply brush aside with a cheery optimism. Perhaps we should remind ourselves of that line from “America the Beautiful”: “America, America, God mend thine every flaw.” If patriotism means overlooking our country’s flaws, then patriotism is impossible for a Christian.

If this kind of patriotism is repugnant, Chesterton offers an antidote. Christian patriotism, he claims, is not based on approval or disapproval, but on love. Love, as used by Christians, doesn’t simply mean liking something or thinking that it’s good. Rather, it is wanting something to be good. In the words of St. Thomas Aquinas, “To love is to will the good of another.” 2

To make his point, Chesterton uses the case of Pimlico, which in his day was a pretty unpleasant neighborhood of London. He writes:

“It is not enough for a man to disapprove of Pimlico: in that case he will merely cut his throat or move to Chelsea. Nor, certainly, is it enough for a man to approve of Pimlico: for then it will remain Pimlico, which would be awful. The only way out of it seems to be for somebody to love Pimlico… If there arose a man who loved Pimlico, then Pimlico would rise into ivory towers and golden pinnacles.” 3

This person who loves Pimlico is the true patriot. Now, he doesn’t necessarily like Pimlico: that would make him delusional, because Pimlico sucks. Instead, he has this weird supernatural love for it, not because it’s good, but simply because it’s his. Whatever he does to Pimlico, he does for its betterment.

This is the only kind of patriotism that is open to a Christian. Blind approval is out of the question; a Christian should be realistic about his or her earthly country. We live in one particular nation in one particular place and time, which will someday be obliterated or changed beyond all recognition. America isn’t the New Jerusalem.

At the same time, despair and inaction are just as bad. Whoever may be on the throne, Christians have a duty to work for the good. Voting according to conscience, standing up for the weak and defenseless, and above all being a Christian witness in the midst of society are imperative in both the best and the worst of situations.

This conclusion shouldn’t be surprising. It’s simply the Christian concept of love applied on a national level. Not to blindly approve, not to blindly disapprove, but simply to love: this is the meaning of Christian patriotism.