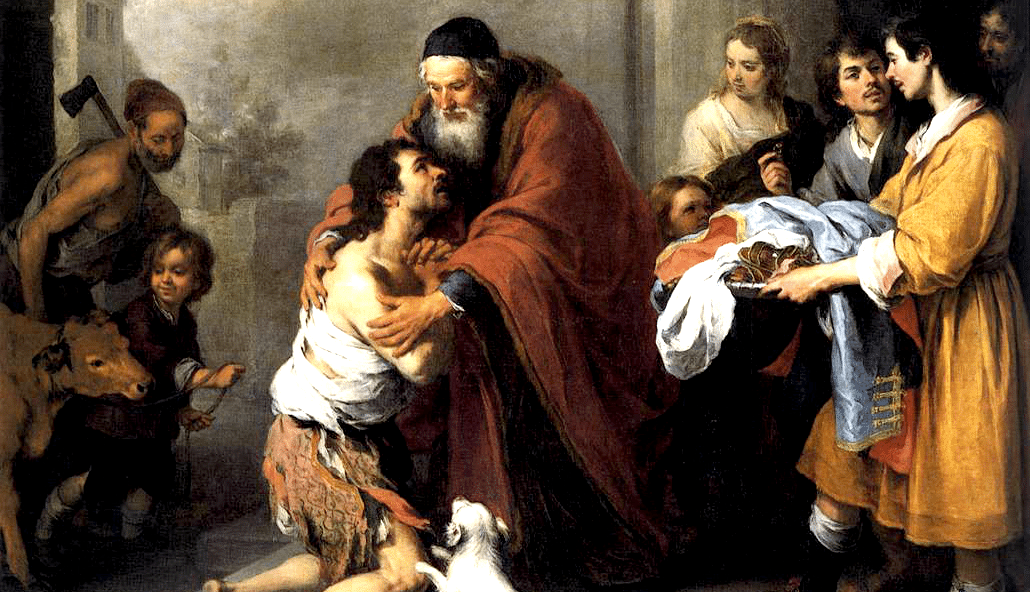 I have a 12-year-old sister named Reagan. She’s the youngest of six in my family, a brilliant and vivacious child. But sometimes she’s a little brat. Here’s my story:

It was December 23rd, my 20th birthday. I came home to Reagan, then age 9, sulking on the front porch. I went inside (sulking isn’t uncommon in my family) and said hi to my mom. She said “Hey birthday girl! Could you go cheer up the baby? She’s upset that I grounded her.”

“Well, why is she grounded? And why am I cheering up the one who did something wrong?”

“Well, she kicked me earlier when I told her to clean her room, and I ignored it. But later, she tried to ground Kerryann (my 11 year old sister) for kicking HER. I asked Reagan if she thought that people who kicked people should be grounded and she said yes. So I told her that she was grounded too. So she got upset, told me I wasn’t being fair, yelled ‘You’re not my mom!’ and told me she was going to run away.”

Wanting to test how far my sister was going to go with this, I joined her on the porch. She didn’t have a jacket or money on her and no notion of where she was going to run away to. After I pointed out these essential items, she went back inside to start packing her things. My mom wasn’t all too happy, but I was too amused to stop her right away. How far would she go with this drama?

Kerryann persisted in teasing the already distressed Reagan, spurring her to run out the door and down the street. She had a jacket, but no shoes. She couldn’t find her own money, so she had stolen Kerryann’s. I ran after her and (gently) tackled her onto a lawn down the street and began to talk with her. Over the past few years I had become especially closer to and more appreciative of my mother. Reagan’s discourtesy of kicking and denying our mother, as amusing as her tantrums could be (so much futile rage in such a small person), also infuriated me.

I started by chastising her, first for not wearing shoes (if you’re going to run away, do it right), and second for being rude to our mom. At first Reagan tried the “nobody loves me” argument, but I rebuffed that defense. As the baby of the family, she’s quite spoiled by her parents and five siblings (and way too young to have teenage angst). Next she tried joking her way out of an apology, but I was far too disappointed in her behavior to settle for a laugh. Finally, I resorted to saying: “Reagan, if you don’t go and apologize to mom for disrespecting her, I will throw you in the garbage can. Upside down.”

She stopped laughing and began to deliberate what I was saying. She didn’t fear me nor getting thrown into a garbage can, but knew that if I was resorting to weird threats, I meant what I said. I took a deep breath and said the next sentences that, surprisingly, changed my life. “Reagan, if you don’t go apologize to mom, I’m going to make you go to confession and apologize to God because not only have you offended mom and hurt her feelings, but you’ve offended and disrespected God as well.”

She looked at me and saw that I meant what I said.

She did not want to go to confession, all because (as I found out later) someone had told her that if you go to confession and your penance is more than one ‘Our Father’ you must have done something really horrible. The last time she went, her penance had been more than the one Our Father, and she was terrified that she was a ‘bad’ person. That is a huge, though common, misconception of that part of confession, and I tried to explain to her that penance wasn’t a punishment, it was more of a resolution, a promise. I don’t know if the 9-year-old quite understood what I was trying to convey, however, what followed my fumbled explanation is the most perfect human example of what the sacrament of reconciliation really is.

I agreed that if she apologized to mom, I wouldn’t make her go to confession that day. So, holding my hand tight and her voice trembling with tears, she went meekly to our mom. She sniveled: “Mom, I’m sorry for kicking you and for hurting your feelings.”

“That’s okay, baby. How did you hurt my feelings?”

“Well, I told you that you weren’t my mom anymore and I tried to run away.”

As my mom pulled her into a hug, she said, “That’s right. That made me sad when you said that. Don’t do that again, okay?”

“Okay.” Then Reagan pulled away from my mom’s hug, looked up at her, big eyes filled with unshed tears and with a face of pure and solemn humility, she whimpered out a “Do you forgive me?”

“Of course I do! But next time you’re angry or upset, you need to think of a better way to express yourself instead of hurting people. Can you go make a fix-it plan?” And my mom sent her off to go write a fix-it plan to avoid any future mistakes.

My heart surged with awe. I had never before witnessed such an incredible display of a human’s desire for mercy from a higher authority with such a genuine reply of complete pardon. That beautiful moment contained all the elements of confession: we realize our wrongdoing, acknowledge our sins to the one we have offended – God – and ask for forgiveness. When we receive that forgiveness there’s a fix-it plan; we receive a penance, not as a rating of how immoral we were to or what a horrible person we are, but rather to help us move past our mistakes and aim to better ourselves; in the future we want to avoid slipping up again (even though we inevitably will slip up on way or another).

More Than Just a Story

Confession, like our Baptism, purifies our hearts and cleanses us of our sins, making us, through God’s grace, more able to avoid sin and strive to be the saints we were meant to be. This is echoed in the profession every Sunday in Mass: “Lord, I am not worthy that you should enter under my roof, but only say the word and my soul shall be healed.”

Examples of God’s love in the sacrament of reconciliation can be seen in many stories from the Bible, but none more so than the story of the Prodigal Son (Luke 15:11-32). In the story, a son rejects his father, asks for his inheritance before his father has died (“Hey dad, I can’t wait for you to die, give me money”), and leaves to spend his days in a failed luxurious life. The hopeful father spends his time watching in the distance for any indication of his son’s return. Once the son is desperate enough to return home in hopes of working for a meager yet livable wage as a servant, his father runs to him and proceeds to throw a party to welcome his son back. He doesn’t think of how offended and saddened he was by his son’s actions: he is too overwhelmed with love and joy. Like the father in the parable, our Father asks for nothing other than our choice to be in His Grace. In return, He gives us everything. We receive His Grace through the seven sacraments.

The sacrament of reconciliation consists of four distinct parts: contrition, confession, and penance – followed by absolution by the priest. Contrition is the “sorrow of the soul and detestation for the sin committed, together with the resolution not to sin again” (Catechism, 1451). Confession is the actual act of stating the sins to the priest, taking responsibility for any wrongdoings. Penance is the “spiritual homework” the priest assigns the penitent (the person asking for forgiveness). The priest considers the nature of the sins and the penitent’s personal situation before assigning penance. I have heard of priests giving out penances such as reading and meditating over the daily Gospel, praying to God for what the penitent truly wants, and doing 20 push-ups while saying the alphabet backwards. Penance is intended as a work of reparation – a way of mending your soul as well as mending the separation sin has created between you and God.

Finally, absolution (full pardon of sins) comes from the priest, acting in persona Christi (in the person of Christ). This power was given by Jesus to Peter and the apostles when he said: “I will give you the keys of the kingdom of heaven, and whatever you bind on earth shall be bound in heaven, and whatever you loose on earth shall be loosed in heaven” (Matthew 16:19). The Catechism further explains:

“The office of binding and loosing which was given to Peter was also assigned to the college of the apostles united to its head. The words bind and loose mean: whomever you exclude from your communion, will be excluded from communion with God; whomever you receive anew into your communion, God will welcome back into his. Reconciliation with the Church is inseparable from reconciliation with God.” (Catechism 1444-1445).

With absolution, the penitent is granted, by God, “pardon and peace” for all trespasses confessed.

Like my younger sister, I have heard many of my friends express feelings of shame, fear, and uncertainty about going to confession. Understandably, admitting one’s own faults out loud can be intimidating, but this sacrament is a bridge to God, not a public roasting. When we sin, we are separated from God. In the confessional we address that separation and take responsibility for our mistakes. It is an opportunity to acknowledge our imperfections before God and a promise to strive to be better with God’s grace. Without confession, we would be eternally separated from God, and therefore, doomed to hell. God gave us this sacrament because He doesn’t expect us to be perfect; He only expects us to be loved.

No romantic gesture in a movie, no enticing line in a book, no fairy tale can ever hope to reach the same level of love that our God freely provides in the sacrament of Confession. As a flawed person, I am speechless before a God who sees past the scars and the mistakes and sees a beauty within me worthy of His life. Confession isn’t scary. It isn’t embarrassing. It isn’t even sad. It’s a joyful meeting between parent and child where we receive a chance to grow into the saints we are meant to be.

Send Me Flowers: How I Found Hope in Depression

How A Protestant Found Grace In The Catholic Church