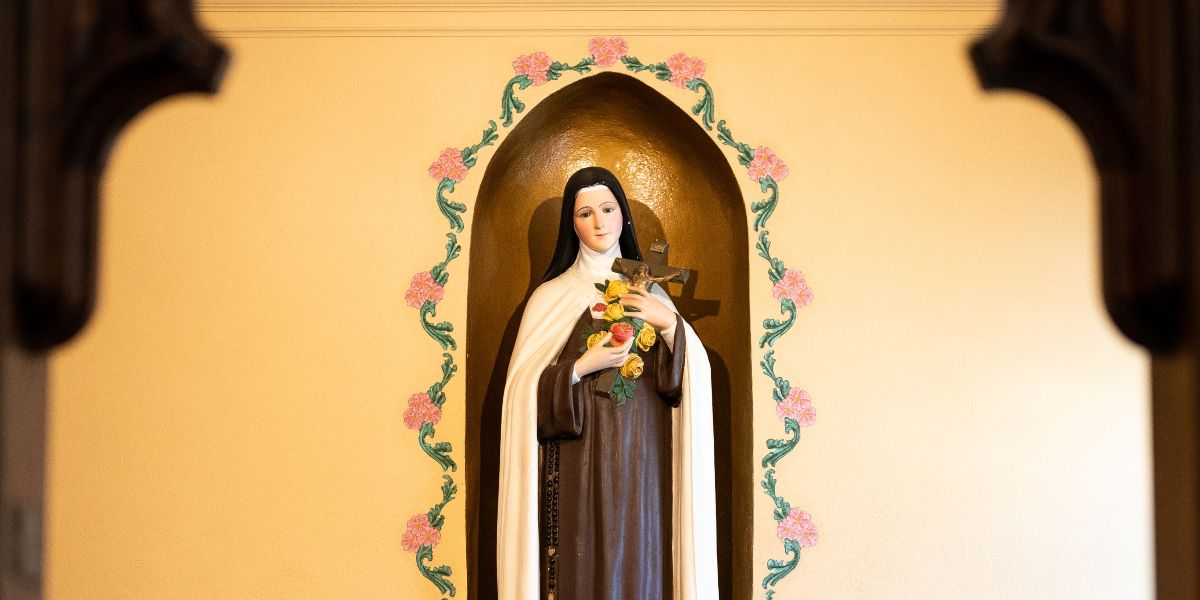 The Catholic Church has declared many young saints and blesseds and some of the most impressive were the young. Sainthood is for people of any age. Here are some of them, all below the age of 25.

Devoted to the Eucharist, Bl. Carlo was diagnosed with leukemia at a young age. He offered his suffering for Pope Benedict XVI and the Church and even built a website to document all of the Eucharistic miracles before he died. More Info

Weakened by physical abuse by her mother’s boss, Laura died of pulmonary tuberculosis. On her deathbed, she offered her life for her mother’s salvation: “Mama, I offer my life for you.” More Info

Pier Giorgio did not let his young age stop him from continuously helping the poor. He contracted polio and died on July 4, 1925. Many mourners attended his funeral, most of whom Pier Giorgio’s parents did not know. More Info

The young and popular Chiara suddenly had a rare form of bone cancer, osteogenic sarcoma. She refused morphine, instead wanting to offer up her sufferings for Jesus Christ. She maintained her joyful demeanor, keeping the other patients happy until her death. More Info

St. Nunzio’s parents passed away while he was still young. He experienced harsh abuse from his uncle. On one of his supply runs for his uncle, he caught gangrene in one of his legs. He went through excruciating pain for about 5 years more, offering it for God the entire time.  More Info

24. Saint Gabriel of Our Lady of Sorrows

Gabriel lived a perfectly obedient life in the Passionist Order, with a particular devotion to Mary, Our Lady of Sorrows. Despite his tuberculosis, he remained joyful until his death. More Info

Stanislaus sought to join the Society of Jesus (Jesuits) despite the physical abuses of his older brother. His Jesuit teacher said that “he was a model and mirror of religious perfection.” Wrapped up in prayer, he died from an unknown illness made worse by a high fever. More Info

Despite the strong opposition from his father and teachers, John joined the Jesuits. He had a deep love for being an altar server at Mass and died early with Roman fever. More Info

21. Saint Teresa of the Andes

Inspired by the biography of St. Thérèse of Lisieux and the call of God, Teresa became a Discalced Carmelite nun in Chile. Despite knowing she would die young from typhus, she lived her life with a complete love for God. More Info

A Roman noblewoman, Agatha made the unusual choice to be a consecrated virgin for the Lord. One of the men who wanted to marry her had her tortured until she gave in to his demands. She chose Christ instead. More Info

Clelia is the youngest founder of a religious community in the history of the Catholic Church. She founded the Congregation of the Sisters Minims of Our Lady of Sorrows at the age of 21. Today they continue to serve the poor in Italy, India, and Tanzania. More Info

Elizabeth was a princess with a great love for the Lord. Despite her status and wealth, she chose instead to serve the poor. She even built a hospital after her husband’s death where she could treat the sick herself. More Info

Lucy is one of the most widely revered virgin martyrs in the Early Church. She died during reign of the Emperor Diocletian, unwilling to renounce her Christian faith. More Info

Born of noble birth, St. Catherine was already a notable scholar in the sciences and Christianity by the age of 18. The Emperor Maximinus brought out his top men to debate her, but they could not defeat her. Some of them even converted to Christianity and were instantly martyred. The enraged emperor had Catherine beheaded. More Info

Pedro was a missionary in Guam, ministering to the Chamorro people. He was pierced by a spear, cut down by a cutlass, and flung into the sea. Pope Benedict XVI canonized him in 2012. More Info

Germaine was born with a deformed hand and a form of tuberculosis called scrofula. To protect other children, her father had her live her life as a shepherdess, sleeping each night in a stable. The villagers and her own stepmother treated her with cruelty because of her deep love for God. More Info

Aloysius was born right into the life of the aristocracy. He was next in line to inherit his father’s title as Marquis of Castiglione. After reading about Jesuit missionaries in India, he decided he wanted to join the Jesuits against his father’s wishes. At the age of 17, he renounced all of his noble roots to serve God. More Info

Dominic’s young, pious life was enough for the Catholic Church to canonize him. St. John Bosco both guided him and wrote his biography, describing his miracles and intense love for God. More Info

Living in the Roman Empire, Perpetua’s father pleaded with her to renounce her Christian faith. She refused and was both thrown into wild beasts and taken down by the sword. More Info

The body of a woman named “Philomena” was found in 1802 in the Catacomb of Priscilla in Rome. According to visions by a nun, Philomena told her that she was a Greek princess who was martyred for her faith. Multiple miracles have been attributed to Philomena’s intercession. More Info

According to traditional narratives, Dymphna was the daughter of a petty king in Ireland in the 7th century. After the death of her mother, Dymphna’s father became mentally ill and desired to marry her. She fled to Belgium, but her father found and beheaded her. She is the patron saint of mental disorders. More Info

Kateri was an Algonquin-Mohawk Native American who converted to Catholicism at the age of 19. Her tribe shunned her, but she was relentless in her love for Jesus for the rest of her life. She was canonized by Pope Benedict XVI in 2012. More Info


St. José was captured in Mexico during the Cristero War. The government tried to suppress the Catholic Church and mandate secularization. He was tortured and killed, refusing to betray Christ. More Info

6. and 5. Saints Francisco and Jacinta Marto


Mary appeared to three shepherd children in 1917, including Francisco and Jacinta. They spread Our Lady of Fátima’s message to the entire world. This includes praying the rosary and offering sacrifices for sinners. More Info

While Maria was alone, a teenage boy named Alessandro tried to seduce her. When she refused, he stabbed her 14 times. At the hospital, she forgave him before dying. Alessandro soon repented. More Info

Since the fourth century, Agnes has been held at the highest honor of all the virgin martyrs. The specifics of her martyrdom are not known beyond myths and legends. The Church has celebrated her dedication to purity at such a young age, even to death. More Info

Joan, a peasant girl, received visions of St. Michael the Archangel, St. Margaret, and St. Catherine of Alexandria to rise up and help the French defeat the English in the Hundred Years’ War. After much convincing, her help led to an eventual French victory. She was captured and sentenced to death by a pro-English bishop. The Catholic Church negated the charges 25 years later. More Info

Thérèse is one of the most popular saints in the history of the Catholic Church. She overcame many obstacles to become a Carmelite nun at the age of 15. She is famous for her “Little Way,” where one does everything out of great love. Thérèse describes herself as the “Little Flower” that sits back and lets Jesus love her. Her approach is simple and practical. In 1997, St. John Paul II gave her the title of “Doctor of the Church.” She is the youngest Doctor of the Church ever. More Info