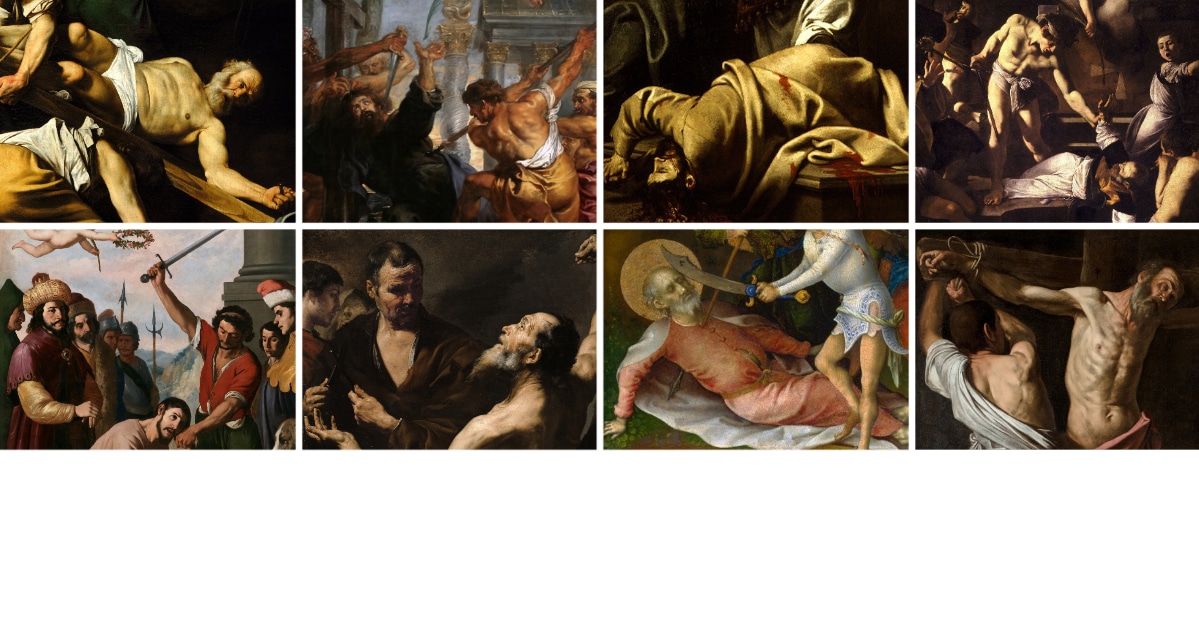 St. Peter was the most prominent of the 12 Apostles, leading the Early Church. According to Galatians 2:111, Peter went to Antioch. Origen and Eusebius claim he was the founder of the church at Antioch.

The Liber Pontificalis says that St. Peter served as the bishop of Antioch for seven years before moving on to Rome. Supporters of his move to Rome include St. Irenaeus of Lyons2, Eusebius3, Pope St. Clement I4, St. Ignatius of Antioch5, and more.

In the Gospel of John, Jesus hints at Peter’s future death:

Very truly, I tell you, when you were younger, you used to fasten your own belt and to go wherever you wished. But when you grow old, you will stretch out your hands, and someone else will fasten a belt around you and take you where you do not wish to go.” (He said this to indicate the kind of death by which he would glorify God.) After this he said to him, “Follow me.”

During the Great Fire of Rome in 64 A.D. that Nero blamed on the Christians, St. Peter was crucified. According to the apocryphal Acts of Peter, he chose to be crucified upside down.

Tradition always placed St. Peter’s tomb in Rome. In 1950, investigators found bones below the altar at St. Peter’s Basilica. A forensic analysis revealed they roughly belonged to a 61 year old man from the 1st century6.

St. Andrew was St. Peter’s brother, as they were both fishermen for their father. Eusebius, quoting Origen, states that St. Andrew went to preach in Scythia in Eurasia.

Other early authors state other mission locations, including Cappadocia, Galatia, Macedonia, and Achaia7. Tradition says he founded the See of Byzantium, later Constantinople, after he appointed St. Stachys bishop there.

Tradition usually states that he was crucified by order of the Roman Governor at Patras in Achaia, Greece. He was bound rather than nailed to prolong his suffering.

His relics originally remained in Patras before moving to Italy temporarily. Pope St. Paul VI chose to return all of the Vatican’s relics of St. Andrew to Patras as an act of goodwill to the Greek Orthodox Church.

According to the Acts of the Apostles, St. James was the first to suffer martyrdom:

“About that time Herod the king laid violent hands upon some who belonged to the church. He killed James the brother of John with the sword;”

According to Eusebius, his accuser converted after hearing from James and they were beheaded together8.

Tradition asserts that St. James also preached in Spain before returning home. Most scholars do not accept this because there is no mention of this until the 8th century.

Regardless, tradition says that his relics are at Compostela, Spain, one of the most famous pilgrimage sites in the world.

St. John was the only one to not suffer martyrdom. He played a major role in founding and guiding the early Church. He even accompanied St. Peter several times in Acts of the Apsotles9.

Tertullian writes about the Emperor Domitian’s persecution when St. John was thrown into a cauldron of hot oil without suffering any injuries12. A church stands there today to commemorate the incident, called “St. John before the Latin Gate13.”

According to Eusebius, St. John was banished to the Greek island of Patmos14. This is recorded in the Book of Revelation:

“I John, your brother, who share with you in Jesus the tribulation and the kingdom and the patient endurance, was on the island called Patmos on account of the word of God and the testimony of Jesus.”

After Domitian died and Trajan took over, St. John returned to Ephesus. He died at an old age at around 100 A.D.

Unfortunately, early writers confused St. Philip the Apostle with St. Philip the Evangelist. This confusion means that we have little information about his later life.

One possible location for his martyrdom is Hieropolis because tradition says that both St. Philips lived and died there. Regardless, he was martyred around 80 A.D. History does not know his exact method of martyrdom. Crucifixion and beheading are traditional possibilities.

Little is known about St. Bartholomew’s life after the New Testament writings. Various writings suggest that he reached India, Mesopotamia, Persia, Egypt, Armenia, and other locations.

Tradition holds that he was martyred in Albanopolis, Armenia. The possible methods of death include crucifixion upside down and most famously flayed alive and beheaded.

Tradition strongly suggests that St. Thomas went to several parts of India to preach. He had angered the local king and was stabbed with spears in Mylapore in 72 A.D.

There are no other traditions about where St. Thomas went. Today, he has a strong following in India with the group calling themselves “St. Thomas Christians.”

St. Irenaeus tells us that after the Jesus commissioned the 12 Apostles, St. Matthew preached to the Hebrews. St. Clement of Alexandria says that he preached to them for 15 years.

Early writers disagree on where St. Matthew preached. Almost all of them mention Ethiopia (not the African country, but a region south of the Caspian Sea). They also mention parts of Persia, Macedonia, and Syria.

Scholars do not know St. Matthew’s method of martyrdom. Some accounts say he was martyred in Ethiopia. Proposed methods include St. Matthew being burned, stoned, or beheaded.

St. James the Lesser is usually identified to be the same as St. James, son of Alphaeus. The book of James is also attributed to him. After the Resurrection, St. James remained in Jerusalem and served as its bishop.

Some traditions state that after staying in Jerusalem for years, the Jewish authorities stoned him.

Scholars don’t know much about St. Jude’s work after the New Testament. Some tradition holds that he was martyred along with St. Simon the Zealot in 65 A.D. in Beirut, in the Roman province of Syria.

His martyrdom weapon is usually an axe.

There are many possible traditions and stories about St. Simon’s mission and death. The usual tradition has him being martyred with St. Jude.

His martyrdom weapon is usually a saw.

Scholars don’t know much about St. Matthias due to conflicting sources and traditions. One story says he was crucified in Ethiopia (along the coast of the Black Sea) and another says he was stoned and beheaded in Jerusalem.