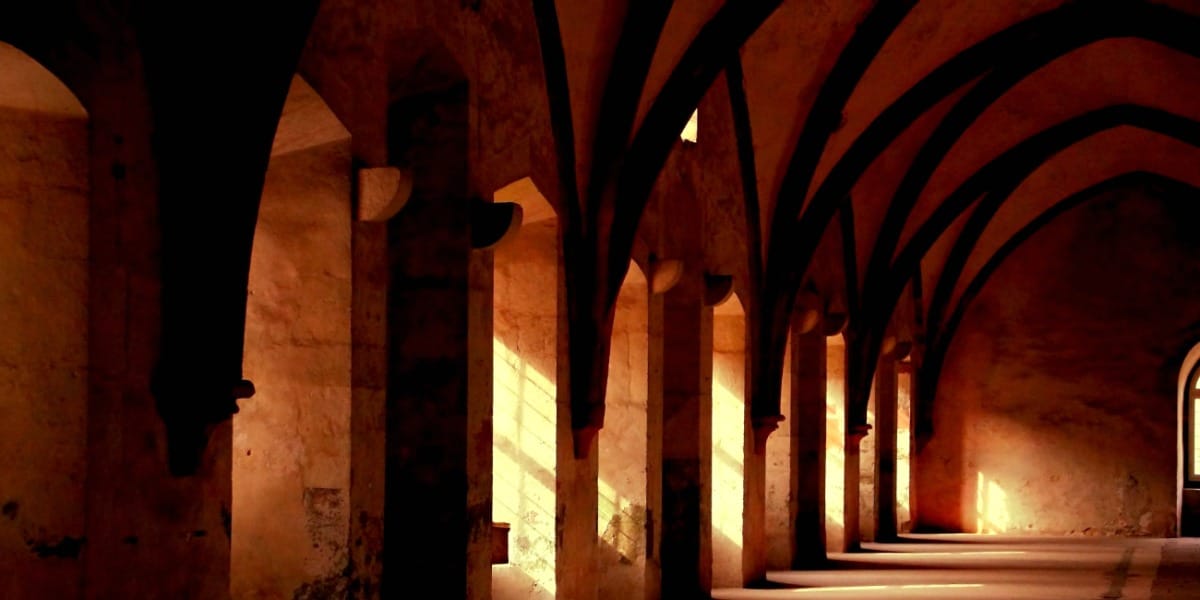 What is Religious Life?

Religious life: if you’re reading this article, you’re probably not living it. Neither are most of the people you know.

Hold on, I’ll explain. When Catholics use the phrase “religious life,” we don’t just mean a holy life of service to God. As part of our universal call to holiness, God wants all of us to become saints and to live our lives in his service. But when we speak of religious life we are usually talking about people who, as part of that call to sainthood, have committed themselves to a more visibly radical life of service to God through the evangelical counsels.

Evangelical counsels? What are those?

So, when we talk about the evangelical counsels, we’re talking about poverty, chastity, and obedience. People in the religious life take vows to all three.

First, there’s poverty. While God calls us all to detach ourselves from material things, people who take the vow of poverty go even further, promising to own nothing. All their basic needs are provided by their religious order. Any income they earn goes straight to serve the Church and their order. This may sound kind of scary, but the truth is that it frees them from worrying about material things so they can better serve God with their whole lives.

Chastity can get kind of confusing, because technically everyone is supposed to live the virtue of chastity. However, the evangelical counsel of chastity means something more: those vowed to chastity remain unmarried for life. By not marrying and starting a family, they free themselves to better serve others. In a way, everyone they serve becomes their family. And though they are unmarried, their commitment to God is so extreme that they often consider themselves as married to Christ or the Church.

Obedience is the one that usually gets the least air time. If you ask any priest or religious, they’ll usually tell you that this one is the most difficult. By vowing obedience to a religious superior, they surrender their own will to the service of their order. If their superior sends them to a rural mission in India, they must obey. If their superior sends them to clean the monastery bathrooms every day, they must obey. It’s a scary thought. But it testifies to the courage of these men and women that they would abandon their self-will in such an extreme way.

So, what kinds of religious orders are there?

Every religious order is unique and hard to pin into a neat category, but there are some general distinctions. For instance, orders can be more “active” or more “contemplative.” Active orders serve in ways that involve direct engagement with the world, dealing with students, parishioners, prisoners, and pretty much everyone imaginable. Contemplative orders retreat from the world, which gives them more time to spend in deep prayer and contemplation of God.

Each kind of order is necessary: active orders tend to produce the martyrs and the tireless workers for God, such as Mother Teresa and St. Maximilian Kolbe, while contemplative orders often produce mystics and models of devotion such as St. Thérèse of Lisieux and St. John of the Cross. Still, even the most active of orders couldn’t survive without a vigorous contemplative side, because prayer is indispensable for keeping life centered on God.

Related to this is the “charism” of each religious order, which refers to the spirit of the community and the particular way that it lives its community life and serves the Church. As part of this, religious orders often differ in their methods of prayer, drawing from traditions of spirituality such as the Carmelite and the Ignatian. Each order fits into its own niche, serving in a way that no other order can precisely duplicate, and attracting members who wouldn’t be quite at home anywhere else.

In addition, we can divide orders into a few more categories based on their mission and organization:

Monastic orders originated during the Roman Empire, when people striving for Christian perfection escaped the chaos of urban life and made tracks for the desert. Here they prayed for souls, fought Satan, and basically lived like crazy John the Baptists. Some chose lives of solitude (hermits), while others founded communities of monks and nuns, living in monasteries and engaging in shared lives of work and prayer.

Despite their isolation from the rest of the world, these monks and nuns inspired and continue to inspire countless Christians by their example and their prayers. Today, in addition to their communal prayer, monks and nuns serve and support their order by doing everything from teaching to brewing beer, and have even inspired the occasional science-fiction novel.

In the High Middle Ages, towns and universities began popping up throughout Europe, creating new opportunities to spread the Gospel in these new settings. Enter the mendicant orders. The mendicants took their cue from when Christ sent the apostles to preach, armed with nothing but the clothes on their backs and the grace of God. This radical vision of poverty and dependence on God allowed the mendicants to move more freely than monks or diocesan priests; they could survive anywhere people were willing to feed and shelter them.

Today, mendicant orders such as the Franciscan Friars of the Renewal continue to serve God in the chaos and poverty of the inner-city, while Dominicans such as the Sisters of St. Cecilia carry on their order’s tradition of Catholic education.

Unlike monastic and mendicant orders, orders of this kind are heavily focused on ministry as priests. An example of this is the Society of Jesus (the Jesuits), the vast majority of whom are priests or men preparing for the priesthood. Yet the Jesuits and other orders of their kind also have other ministries specific to their order, such as teaching, missionary work, service to the poor, or any other work for which the Church might need them. Thus, like the mendicant orders, these guys tend more toward active ministry.

How do people join religious orders?

The first step to joining a Catholic religious order is, of course, becoming Catholic. If you’ve already done that, then your next step is a lot of prayer to discern God’s will for your life. I’d say more about discernment, but that topic is too big for this article. Once someone has discerned God’s will drawing them toward a certain order, they typically apply and enter a phase of postulancy and/or novitiate, where they learn about the order and participate in its common life to better see whether God is calling them to take vows as a religious brother or sister.

How I Met My Future Husbands, AKA Every Guy Ever

6 Great Ways to Ignore God’s Plan for Your Life