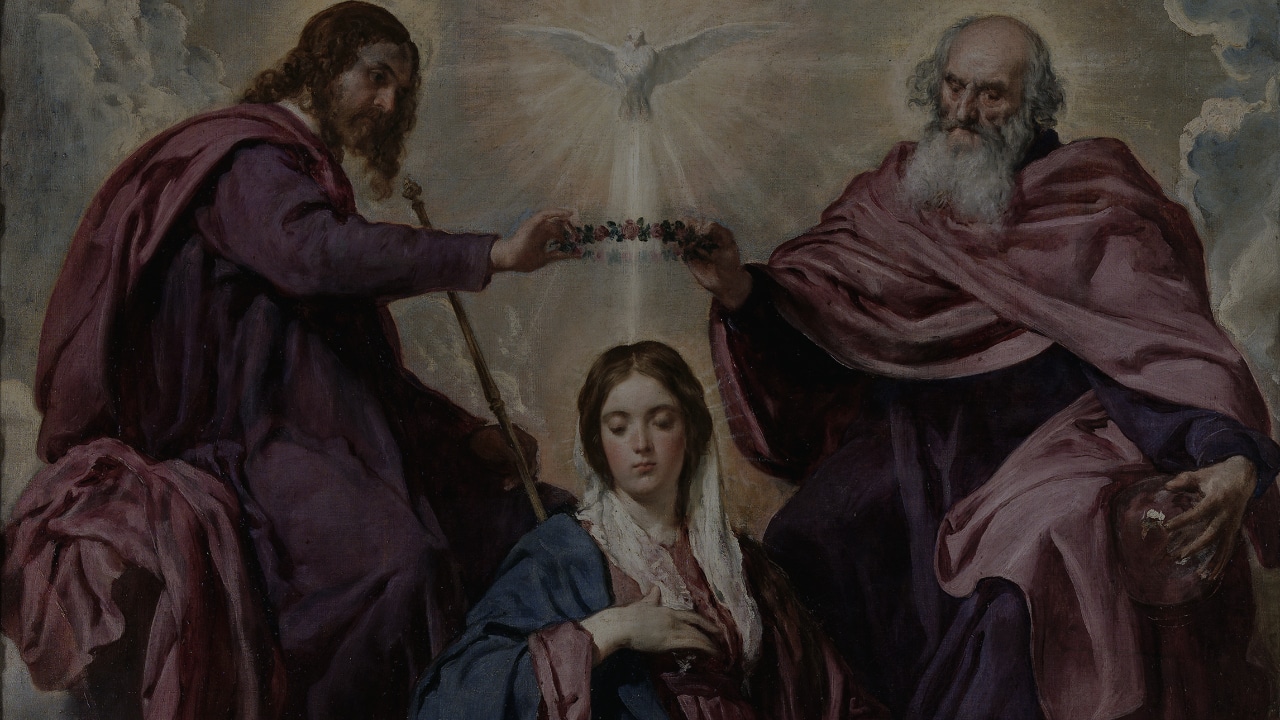 The Queenship of Mary is celebrated on August 22nd. It commemorates Mary as queen of heaven and earth. Although the feast was only added in 1954, there is a long history for Mary’s queenship.

Biblical Basis for the Queenship of Mary

In the Old Testament, the king’s mother had the role as the “Queen Mother.” This extends from the Church confirming that Mary is the “Mother of God” at the Council of Ephesus in 431 A.D.

1 Kings 2:20 shows the Queen Mother role with King Solomon and his mother Bathsheba:

Then she said, “I have one small request to make of you; do not refuse me.” And the king said to her, “Make your request, my mother; for I will not refuse you.”

Not only is Jesus the King of Kings, He is part of the Davidic line that had the Queen Mother title.

Revelation 12:1-3 describes a woman in heaven, crowned with twelve stars:

The Church sees the “woman clothed with the sun” as a symbol for multiple things like Israel and the Church. The clearest symbol, though, is Mary.

History of the Queenship of Mary

St. Ephrem referred to Mary as his queen as early as the 4th century:

Majestic and Heavenly Maid, Lady, Queen, protect and keep me under your wing lest Satan the sower of destruction glory over me, lest my wicked foe be victorious against me.

Many early Church fathers also used the term “domina” for Mary. This means “Lady,” or the feminine form of “dominus” meaning “Lord.” These Church fathers include Origen, St. Chrysologus, and St. Jerome.

Calling Mary “queen” was common by the 6th century. At the Seventh Ecumenical Council in the 8th century, the Eastern and Western Churches called Mary the “Queen of all, the true Mother of God,” and the “Queen of all Christians.”

Some of the most common Marian hymns in the Church feature Mary as queen:

We also continue to recognize the Coronation of Mary as Queen in the 5th Glorious Mystery of the Rosary.

What should we do now?

Like having Jesus as our King, having Mary as our Queen is a great joy!

We should feel confident that she will intercede for us and protect us whenever we need her. Let us look at her reign in heaven with hope that we too will join her.

What is the Litany of the Blessed Virgin Mary?