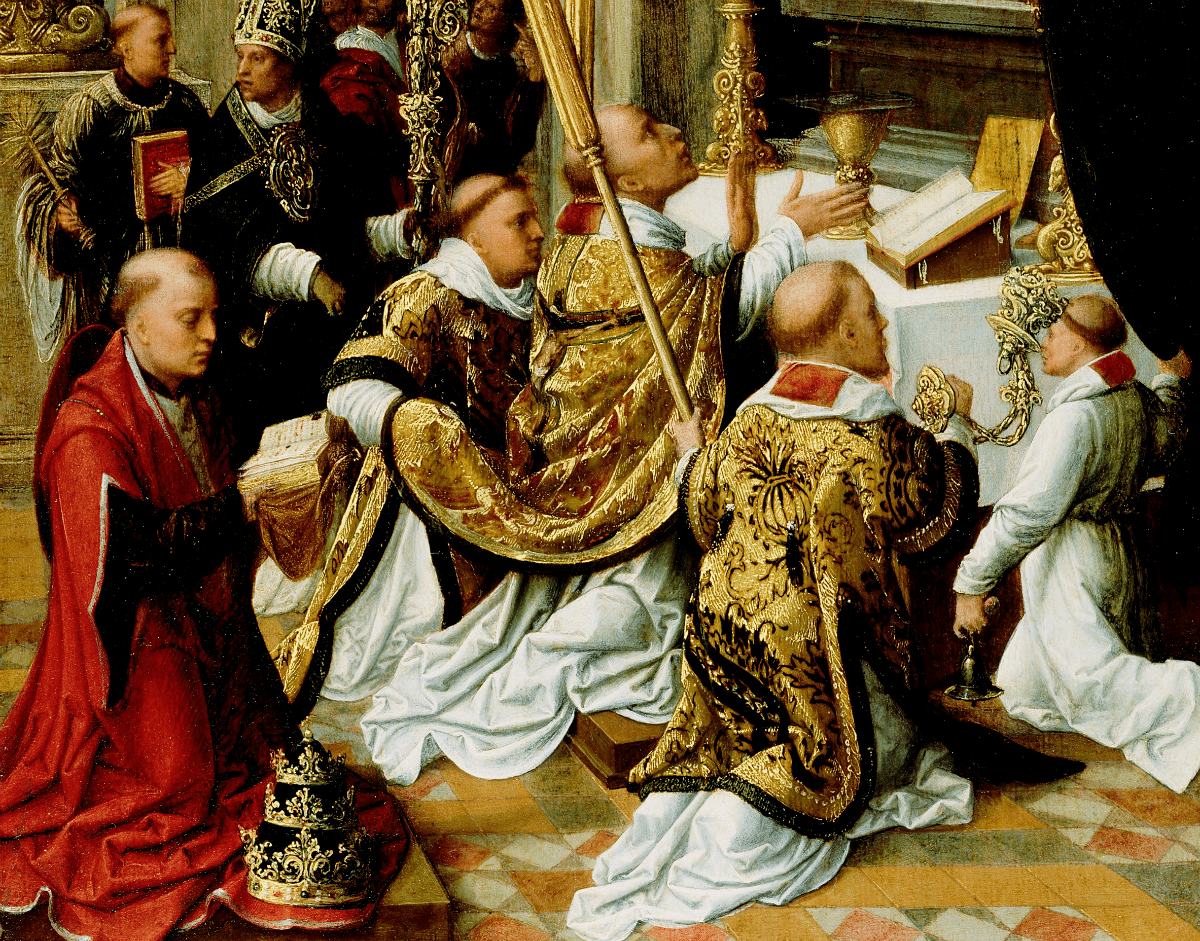 Pope St. Gregory the Great (c.540–604 A.D.) led the Catholic Church through academics and evangelization. Coming from a family of Roman nobles, he surrounded himself in all of the Latin knowledge of Western civilization.

But what was so great about Gregory the Great?

1. He was appointed Prefect of Rome, the highest civil office possible, at the young age of 33.

Like his father before him, Gregory used his deep academic studies to help govern the people of Rome.

2. He was the first monk to become Pope.

After the death of his father, Gregory transformed his family villa into a monastery. He loved to spend quiet time with God, contemplating life with his fellow brothers.

3. He thought being Pope was a burden, preferring the quiet monastic life.

Despite his newfound power, Gregory longed for the solitude of the monastic life. It was only because of obedience that he guided the Catholic Church as Pope.

St. Sylvia raised Gregory both in academics and in holiness. After the death of Gregory’s father, she devoted herself entirely to God.

5. His two aunts are also saints.

Saints Tarsilla and Aemiliana joined in on the holiness, revered for their lives of virginity, fasting, and prayer.

6. He is the patron saint of musicians and singers.

Gregory is famous inventing “Gregorian Chant.” This plainchant is still widely used today in the Roman Catholic Church and the Eastern Orthodox Church. Throughout the Middle Ages, Gregorian Chant was the primary form of musical worship.

7. He is one of the four Great Latin Fathers of the Church.

Gregory is revered for his many writings and teachings (in Latin). The other three are St. Ambrose, St. Augustine, and St. Jerome who translated the entire Bible into Latin.