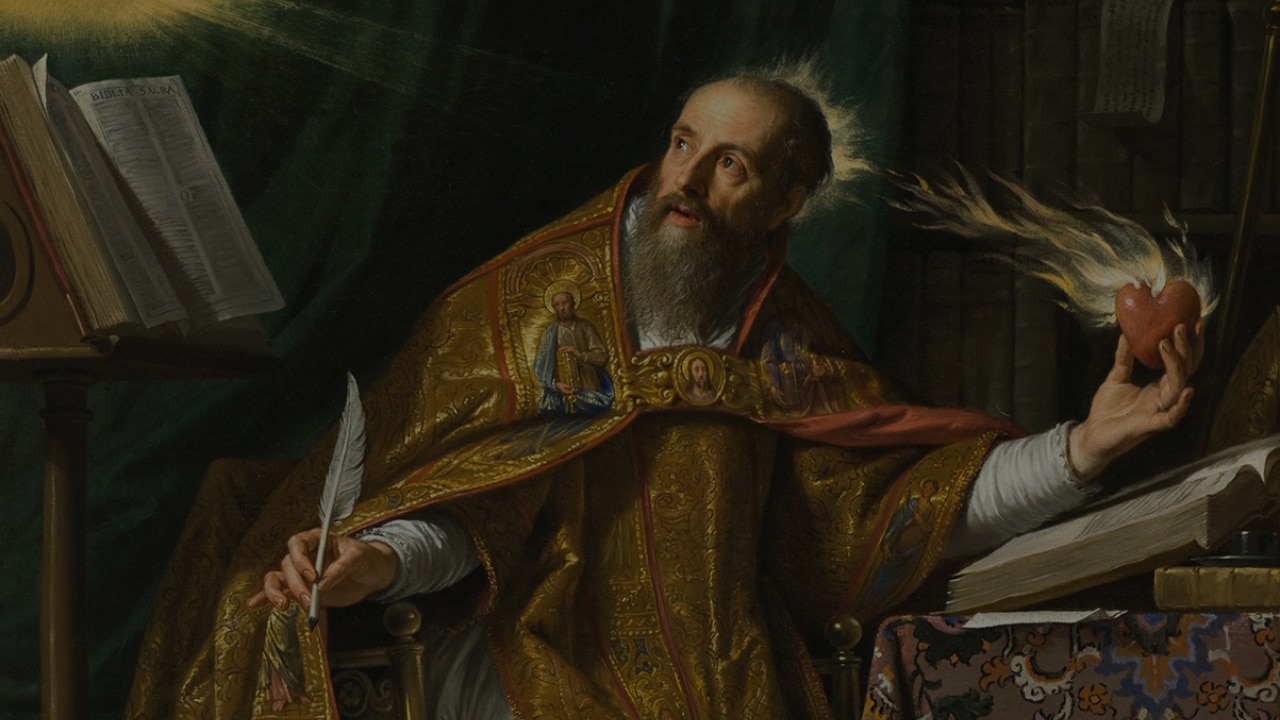 St. Augustine was born in 354 AD in Thagaste, Numidia (modern day Algeria). His mother is St. Monica, who prayed for his conversion.

Despite having a pagan father, St. Monica sent St. Augustine to a Christian school to raise him in the faith.

His parents sent him to receive a first class education. This included Latin literature, grammar, and rhetoric. A Roman citizen needed these skills to achieve a high imperial status.

Despite St. Monica’s warnings, St. Augustine fell into a life of sin and lust. He began a relationship with a woman in Carthage which ended up lasting for about 14 years. They even had a son named Adeodatus.

After finishing his studies, St. Augustine taught grammar in his hometown of Thagaste and then rhetoric in Carthage. After 9 years in Carthage, he decided to try starting a rhetoric school in Rome. He thought that the best students would be there.

Soon, he won the position as imperial professor of rhetoric in Milan. At the time, Milan was the central hub for the Western Roman Empire. At the age of 30, St. Augustine was one of the most powerful academics in the world.

In Milan, St. Augustine met the bishop of the city: St. Ambrose.

Although St. Ambrose was a legendary preacher, St. Augustine connected with his kindness. St. Augustine’s heart once again opened to Christianity.

“And I began to love him, of course, not at the first as a teacher of the truth, for I had entirely despaired of finding that in thy Church—but as a friendly man.”

He endured 3 years debating conversion. He had to move on from his Manichean heresy and his attachments to lust.

Finally in August 386, St. Augustine converted. He wrote about his process in his famous book the Confessions.

St. Augustine returned to Africa to live out his Christian life. He went to Hippo (modern day Algeria) where he was ordained a priest. A few years later, he became a bishop.

He was master orator and writer, especially because of his years of study. St. Augustine became one of the most prolific writers in the Church. St. Augustine’s writings have influenced philosophy and theology ever since.