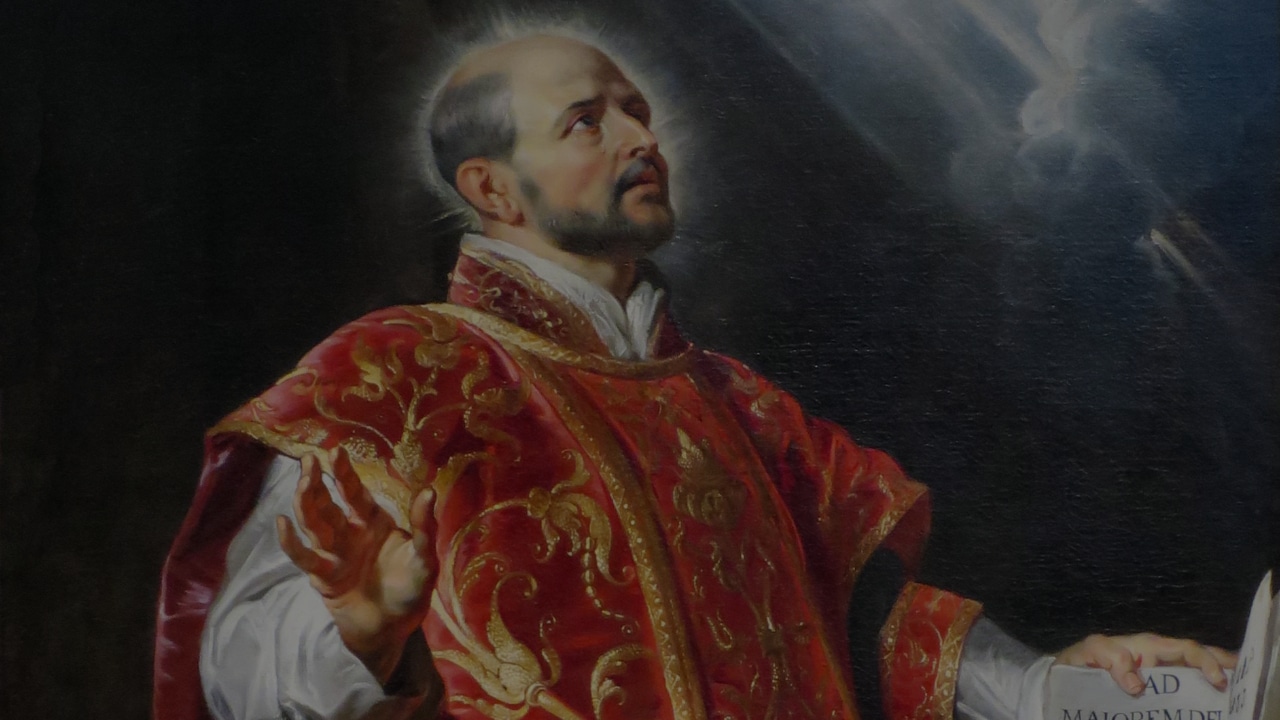 St. Ignatius of Loyola is one of the most important saints in the Catholic Church. When the Protestant Reformation raged on and Europe reached new lands, St. Ignatius helped guide the Church through it all.

He founded the Society of Jesus, the Jesuits, who devoted themselves to the Pope. For almost 500 years, the Jesuits have evangelized and taught the faithful.

St. Ignatius of Loyola was born in Azpeita, a small town in northern Spain. Growing up near aristocratic wealth, he developed a desire for fame and success.

At the age of 17, he entered the military and fought many battles without harm. On May 20, 1521 St. Ignatus defended the city of Pamplona against the French. A cannonball struck him in the leg, shattering it.

While on bed rest, he longed to read books about knights and chivalry. But, the only the books available were about Jesus and the saints. Reading these books changed his life. His desire for glory and fame transformed into a desire for Christ and His glory.

Once he could walk again, St. Ignatius devoted the next year of his life to penance and prayer. He spent much of his time in a cave, even praying for up to seven hours a day. In his time of prayer, he developed the fundamentals for his Spiritual Exercises.

He even made a brief visit to the Holy Land before the Franciscan custodians sent him back to Europe.

St. Ignatius went back to Spain and spent his time studying and preaching. He realized he would need to get a theology degree before he could influence the Church.

He left for France in 1528 to study at the University of Paris. There he would be meet two fellow students, St. Francis Xavier and St. Peter Faber.

In 1534, St. Ignatius inspired some young men to join him in taking vows of poverty, chastity, and obedience. In 1539, they decided to make this a permanent union as the Society of Jesus, the Jesuits. Pope Paul III approved their order in 1540 and St. Ignatius became their first leader.

St. Ignatius sent missionaries all over the world. This included St. Francis Xavier’s important missions to Asia. The primary evangelists in Asia were the Jesuits. They helped improve Catholic education, a trademark for Jesuits today.