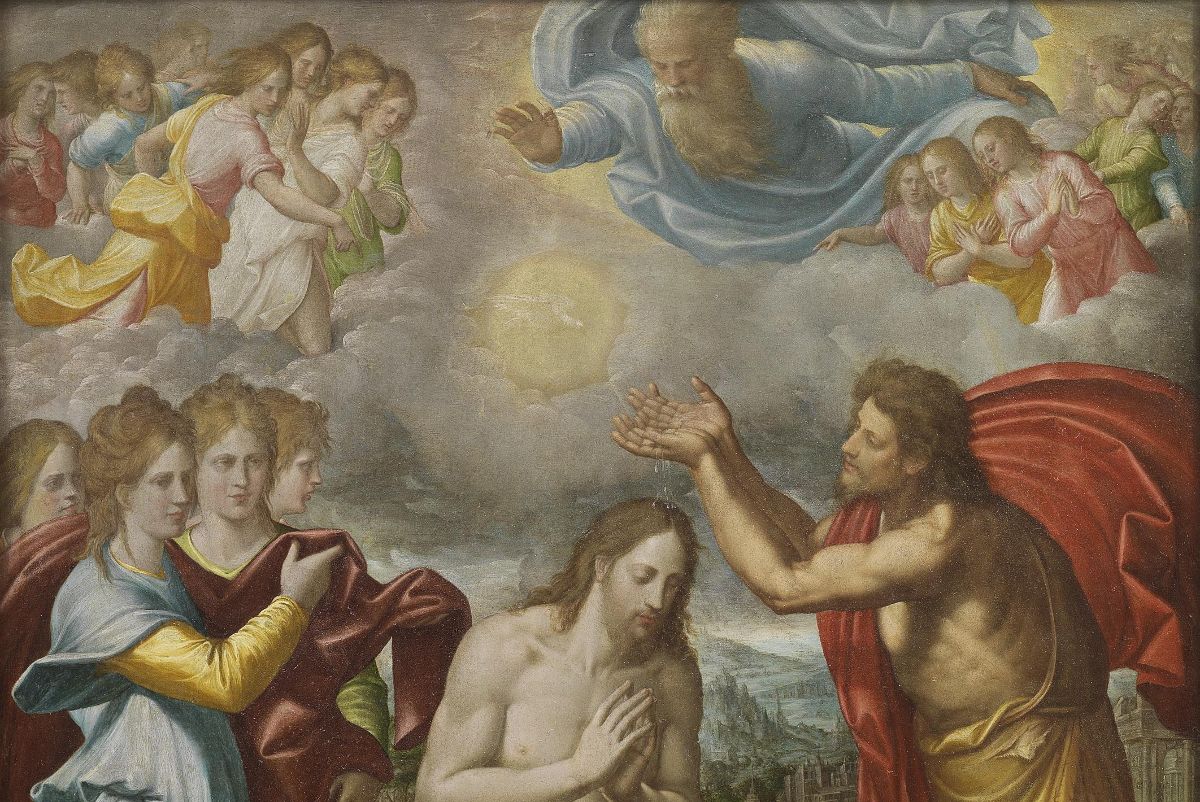 On the first Sunday after Christmas, the Catholic Church celebrates the Baptism of the Lord in the Jordan river. It also transitions the calendar to Ordinary Time. Why was Jesus baptized?

Matthew, Mark, and Luke all describe the story. John the Baptist has a growing number of disciples in the desert, calling for repentance. His fame grows so much that even the Pharisees and Sadducees come out to see him for themselves.

Despite his popularity, he paved the way for Jesus:

“I baptize you with water for repentance, but one who is more powerful than I is coming after me; I am not worthy to carry his sandals. He will baptize you with the Holy Spirit and fire.” – Matthew 3:11


When Jesus arrived, He surprised John by asking to be baptized. John reluctantly agreed. Once he baptized Jesus, the sky opened and the Holy Spirit descended upon Him “like a dove.” God the Father spoke, saying “This is my Son, the Beloved, with whom I am well pleased.“

Jesus did not need to be baptized because He both has no sin and is already the Son of the Father. Despite this, He chose to have John baptize Him.

The feast of the Baptism of the Lord is also the Lord’s second manifestation to the world, after the visit from the Magi. John the Baptist prepared the world for Christ’s coming, calling for the repentance of sins. Christ’s baptism fulfills John’s work and helps open the door to His public ministry.

Why is Easter Important for Catholics?